You already know us.

Pivotal Media produces highly regarded, audience-winning television programming and branded entertainment for major networks and brands in Canada and the United States. In fact, if you work for a major North American broadcast group, chances are you’ve aired programming that Pivotal’s principal, Simon Watts, has produced.

Having produced hundreds of hours of internationally distributed, award winning programming spanning the factual, documentary, and kids programming genres, Simon is shaping Pivotal into a primary supplier of content to networks and brands worldwide. Pivotal also has solid experience in adapting international formats for the domestic marketplace.

At Pivotal, we believe that producing excellent programing is one key component of the producer and broadcaster relationship. We are also creative dealmakers who understand how to leverage the intricate funding opportunities that are essential for success in today’s production landscape. We have experience with international co-production models and are adept at balancing the varied needs and priorities found in complex, multi-layered partnerships.

Pivotal leverages more than fifteen years of its principal’s independent production experience with crucial insights obtained from working “on the inside” for a major broadcaster. As a result, we are as confident discussing scheduling priorities or programming and sales strategies as we are pitching the next great show for your network. That gives us invaluable insight to the needs of broadcasters. 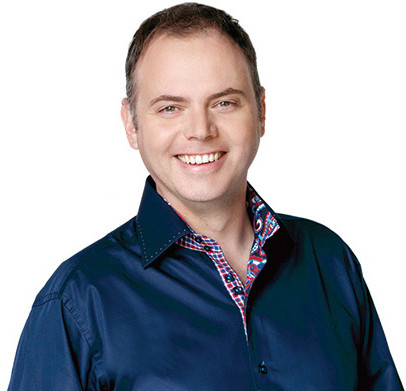 Simon is an accomplished television producer of lifestyle, reality and kids programming with an exceptional and varied production background.

Pivotal Media was founded in 2012 after Simon departed a senior role at one of Canada’s leading broadcast groups, Corus Entertainment where he oversaw multiple in-house productions for a variety of Corus television services such as YTV, CMT, W Network and OWN Canada. Pivotal opened its doors with a twenty-two-episode order for YTV Canada’s hit kids game show, Zoink’d. Shortly thereafter, Pivotal secured an order from CBC Television to produce the Canadian version of the wildly successful international documentary format, Hello Goodbye.

Leveraging his experience in children’s animation, owing to his time at Toronto’s Portfolio Entertainment where he served as Director of Business Affairs and Operations, Simon spearheads the development and production of Pivotal’s kids programming slate. While at Portfolio, Simon was instrumental in bringing the immensely successful pre-school television show, The Cat in the Hat Knows a Lot About That! (PBS, Treehouse, ITV) to the screen.

Under Simon’s leadership, Pivotal continues to solidify its reputation as a preferred provider of exceptional factual and kids programming to networks worldwide.